How Running Away is Defined

According to the U.S. Department of Justice, a child who leaves home without permission or does not return home when expected and stays away overnight is considered a runaway. Another group of young people the Department of Justice is concerned about are children who are forced to leave or prevented from returning home by an adult. Although these young people leave home under different circumstances, their experiences while away from home are often similar to those of runaways. In fact, research suggests that the distinction between these two groups maybe artificial, as many young people who have run away from home also report having been thrown out by caregivers at other points in time.

Why this Issue Matters

The actual number of youth who run away from home, as well as those who are thrown out of their homes, each year is unknown. However, the most recent estimate, based on findings from the Second National Incidence Study of Missing, Abducted, Runaway, and Thrownaway Children

EKICI, SIDDIK, An Assessment on the Impact of Family Dynamics on Runaway Problem Among Teenagers.

Although Turkey is a country with strong social cohesion, figures of runaway children in Turkey are increasing dramatically. This research focused on the factors that cause children to run away and on interaction programs to intervene and/or prevent this problem. Until recently, Turkish family life was able to avoid such problems, but with the effect of westernization and social mobility in Turkey, the basic family structure has become more like the family structure in the western countries.

Studies reveal that runaway episodes happen in all families regardless of such factors as economic, race, or geographic situations. Teenagers run away for several reasons; however, early intervention is highly suggested by studies to mitigate the problem. Although, parent-child conflict plays a significant role as a reason for youth leaving home, on the other hand family interaction still remains the best alternative to the problem.

On a Saturday night back in 1984, Kathy Robbins, a 15-year-old girl from Glenn County, California, was arrested for being in her town after curfew. She was taken in hand-cuffs to a 54-year-old cell in Glenn County’s adult jail. Four days after she was arrested, at a juvenile court hearing, a judge refused to release her to a juvenile detention facility. On that day, still isolated and alone in an adult jail cell, Kathy Robbins twisted a bed sheet around her neck, and hanged herself from the rail of the top bunk bed.

Robbins was one of six teenagers who took their lives in California jails between 1979 and 1984. The controversy surrounding her suicide culminated in the passage of a California law in 1987 which forbade the detention of teenagers in the same jails as adults. Juvenile advocates at the time regarded the California legislation as “the most progressive law in the U.S. on this issue.”3 With the help of this California law and the 1973

Murders of children and youth, the ultimate form of juvenile victimization, have received a great deal of deserved publicity in recent years.1 Yet, while images of Polly Klaas and student victims at Columbine High School are vivid in the public’s mind, statistics on juvenile murder victims are not. Substantial misunderstandings exist about the magnitude of and trends in juvenile homicide and the types of children at risk of becoming victims of different types of homicide.

This Bulletin gives a brief statistical portrait of various facets of child and youth homicide victimization in the United States. It draws heavily on homicide data from the Federal Bureau of Investigation’s (FBI’s) Supplementary Homicide Reports (SHRs), which are part of the Bureau’s Uniform Crime Reporting Program; however, it also relies on a variety of other studies and statistical sources. Highlights of the findings presented in this Bulletin include the following: 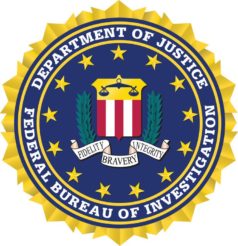 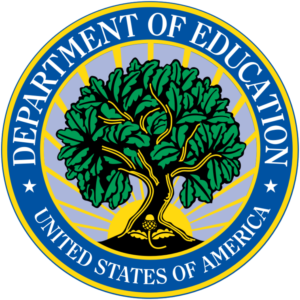